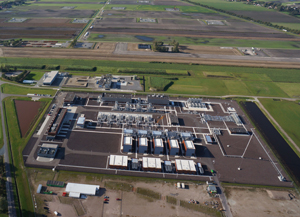 EnergyStock B.V., a fully-owned Gasunie subsidiary, owns and manages a natural gas storage facility in the underground salt layers near Zuidwending in the province of Groningen in the Netherlands. EnergyStock uses five caverns; these salt caverns contain a flexible gas supply deep below ground. This is geared in particular to switching quickly between feeding gas in and transmitting it and vice versa, thus providing a facilitating service to energy companies and traders. 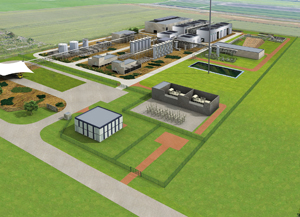 TAQA Energy exploits and produces gas in the Netherlands and works with its partners on underground gas storage in Bergermeer. Gasopslag Bergermeer (Bergermeer Gas Storage) consists of a gas well location where gas is pumped out of the Bergermeer field and an installation in Alkmaar where the gas is purified and pumped into the pipeline network. 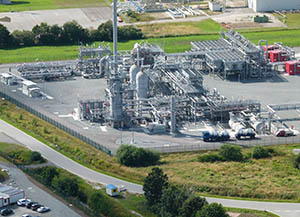 Etzel-Kavernenbetriebsgesellschaft (EKB) is a partnership between BP, DONG Energy and Gazprom Germania. EKB was established with the aim of creating and exploiting an underground gas storage facility. The gas storage facility is located in Etzel in the German federal state of Lower Saxony. The EKB gas storage facility consists of six salt caverns and is connected to both German and Dutch gas networks. 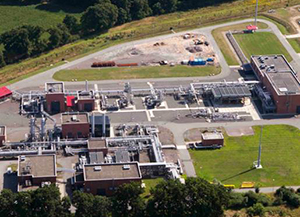 innogy gas storage NWE is based in Dortmund and has bundled the storage activities of the innogy SE Group in Germany and the Netherlands. innogy gas storage NWE operates and markets five gas storages in total of which three gas storage facilities are located in Gronau-Epe, one of the biggest cavern fields in the world at the Dutch/German border. One facility, storage EPE NL, is connected to the Dutch transmission grid of GTS and storing Groningen Gas (G-Gas). 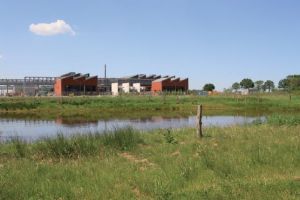 The Gas Storage OMV Etzel ESE is situated in North-West Germany and is connected to the Dutch gas network (GTS – Gasunie Transport Services) as well as to the German market areas NCG and Gaspool via the NETRA Pipeline. The working gas volume offered by OMV Gas Storage Germany GmbH amounts to 5.3 million MWh.

You can email other questions to the address below:: info@gasopslagnederland.nl